Last Blog at this URL

Just a message for subscribers (and everyone else who's visiting) that I am now moving this blog to my website at markjuddery.com. You'll be able to continue reading my blog (and subscribing) by looking up this URL. (I'll also be gradually moving all my previous blogs to the new address... and they won't be here any more.)

Before I was a lonely blogger, I actually used to talk to other human beings. As I’ve mentioned before, I was lucky enough to interview several film and TV actors (“lucky” because it tends to impress people when I say something like “I’ve met Nicolas Cage” or “Jane Campion admired my hands”... which is another story).

At times, people have asked me who, of all the actresses I’ve interviewed, was the most adorable in person. To which I reply: “What sort of dumb question is that?” I’ve always been utterly professional, of course. But if you insist on wasting my time with such trivialities, I’ll say that two come to mind.

One was Sacha Horler, who is utterly charming. She has made her screen career playing plain-looking, unglamorous women. But while I was talking to her, if she had suddenly said “Hey, let’s get married,” I would probably have agreed. 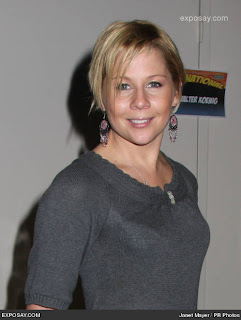 The other was Gigi Edgley (pictured), who was playing an alien juvenile delinquent in the space-opera Farscape when I was writing for science fiction magazines. We even kept a regular email correspondence for a time (so there). More recently, the very pretty and gregarious Miss Edgley has been seen in Rescue Special Ops, albeit not by many people.

Watching Rescue Special Ops, you realise that reality TV (with a few exceptions) has been replaced in our hearts and minds by a great new concept: FICTIONAL TV. Survivor used to strand a bunch of real people on a desert island and give them challenges, but eventually the viewers lost interest. Instead, we became addicted to Lost, in which (get this) a group of FICTITIOUS people were stranded on a desert island and given (far more exciting) challenges by a team of writers. Big Brother was about a bunch of 20-somethings loafing around a house and seducing each other, but this was superseded by shows like The Secret Life of Us, in which a bunch of 20-somethings (including, for a time, Gigi Edgley) loafed around a house and seduced each other. The gimmick? These people were fictitious, and written in such a way as to make them a lot more interesting than most people on Big Brother. The idea was sheer genius.

Now we've had Rescue Special Ops, which is like a few reality shows about police, except without the reality. Still, based on the few episodes I’ve seen, it has one of the hallmarks of reality TV: every episode seems to end with one of them being eliminated. In this case, it’s done by killing someone. By the end of the season, I imagine that only two of them will be left, like most reality shows. Hopefully, the ever-likable Miss Edgley will be one of them, so I can vote for her.

That's all for today. Pathetic, really.
Posted by Mark Juddery at 11:44 2 comments:

NOTE: Since writing this, a few things have changed. I now have a regular column in The Canberra Times - but if you try to look it up on the Web, it won't work. It's only in the print edition. (Sorry about that.)


I had an Opinion piece published this week. Not for the first time, nor the first newspaper. It's one of the great things about being a writer: you get to thrust your opinions on innocent readers, even (if you so choose) on subjects about which you know nothing. (I try to avoid doing that.) It's like being a barber or a taxi driver, times 100,000. And then, if you're lucky, you get your own regular column.

I don't have one of those. I read what other regular columnists have to say - and frequently, I don't understand why they get to have their own column. Despite all my opinions, I don't expect I'll be offered a column for a while, if ever. I don't work on staff anywhere, so I'd probably cost too much. Besides, I don't fit snugly into the "left" or the "right". Nobody would know whether or not to agree with me! I'm totally disgusted by the Government's immigration program, but I still believe in God. I can't stand the current spate of warmongers, but I also think that some feminists have gone too far. I'm a vegetarian environmentalist who thinks that marijuana should remain illegal. I suppose I'm more Left-leaning, but I think the whole thing's a joke. It seems that, like everything else, political ideologies are being simplified for the average guy. And politics, like everything else, just isn't that simple.
Posted by Mark Juddery at 22:34 2 comments:

Another faux-diary entry from from my website "news" page. Note that the title (above) comes from a Bloom County cartoon I read when I was a kid, but the word seems to have entered the language now...


Since the 11-9 tragedy (sorry, I'm Australian, and it makes more sense to call it 11-9-01 (as in day-month-year; 9-11-01 is totally out of sequence) - sorry, where was I? Oh yes, since the 11-9 tragedy, much has been said about what writers should write, and how they should avoid offending people. The truth is: it's very difficult not to offend people. I've been offending people for years - and I don't say that as a boast. I know a lot of people consider it very cool to cause offense. I don't. I just think it comes with the job.

People don't want to be confronted, so they get offended by comments. My first (published) complaint letter, for anything I wrote, followed some mild criticism of then 20-year-old pop/TV superstar Kylie Minogue. (At the time, I was a teenager myself - with attitude. But even then, I didn't really want to cause offence.) As you might guess, Kylie herself didn't complain. She had better things to do. It was just one of her fans, who was probably some years younger than either of us. The way he saw it, I should "look at myself before criticising others." Sage advice, probably from his mother, but I thought (and still think) it was irrelevant.

Taking offense, of course, is often a substitute for actually sitting back and considering an issue. Other times, I'm not sure what it is, but people seem to enjoy it. One of my former editors - a fellow playwright - once took offense because I jokingly said something to him at a playwrights' workshop - and what's more, I didn't apologise (because, let me be honest, I didn't know it was necessary). He didn't take it as intended - an innocent display of our cameraderie - though, according to everyone I asked, this was clearly my intention. Nobody took it badly, except him. Now, he is not merely offended, but he won't take any apologies ("too late"), and has decided that nothing can ever heal this rift.

A shame? Well, maybe. I'm afraid I can't go through life apologising to people. (With this fellow, I'd already tried a few times. He simply isn't interested.) We all need to grow up. I don't set out to offend, but if I happen to do so, usually I won't feel the need to apologise. Sometimes I will, of course. But sometimes people just have to stop taking offence. If someone thinks I've said something offensive to/about them, I could probably think of something ten times as "offensive" that someone has said to/about me. I don't often demand an apology. (An explanation, occasionally. Not an apology.)

In the meantime, as my editor/playwright friend has chosen to be sensitive and easily offended, I just hope he doesn't take an overdose after reading his first bad review...
Posted by Mark Juddery at 16:38 12 comments: 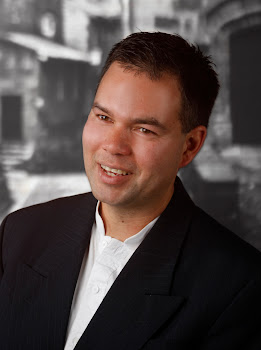 Unless otherwise noted, all text on this website is copyright 2010 Mark Juddery, and may not be reproduced or re-used in any way without written permission.